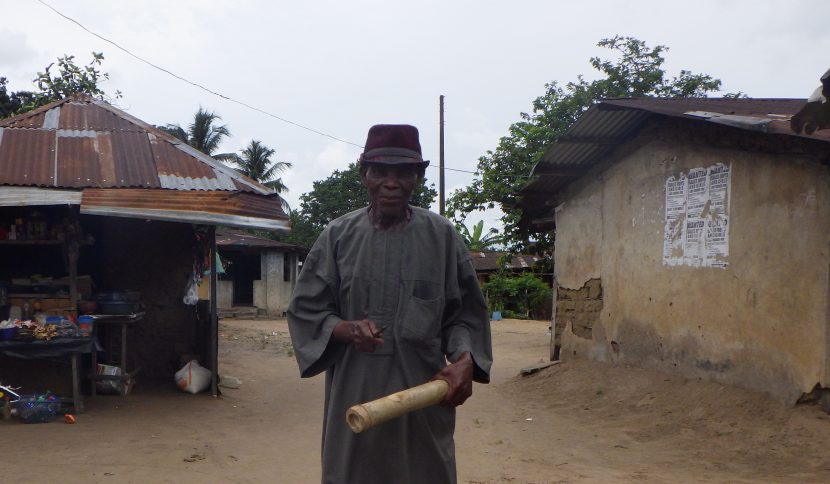 “When there is a problem in the community, like stealing, the victim will come to me and pay a small amount of money for me to go round the Okogbe community to announce that a crime has been committed. Very likely, within two or three days after the announcement, the stolen item, by the grace of God will be returned. But if it is not returned, the victim will be free to do anything he or she wants to do –he can even go to the shrine if he likes. The community will not stop him. I am the information minister in Okogbe community. Even when the government is planning to come around, or as you have just come with your organisation, the Ezenwora will inform me to make a proclamation in the whole community so that everybody will know that strangers are coming in, and that they have been allowed by the king , and thus should not be harmed” (Okogbe, Rivers State)

Town criers play a key role in getting information circulated in communities. It is an official position in the ranks and offices of many communities, and for many, it is a heritage which is passed down from one generation to the other