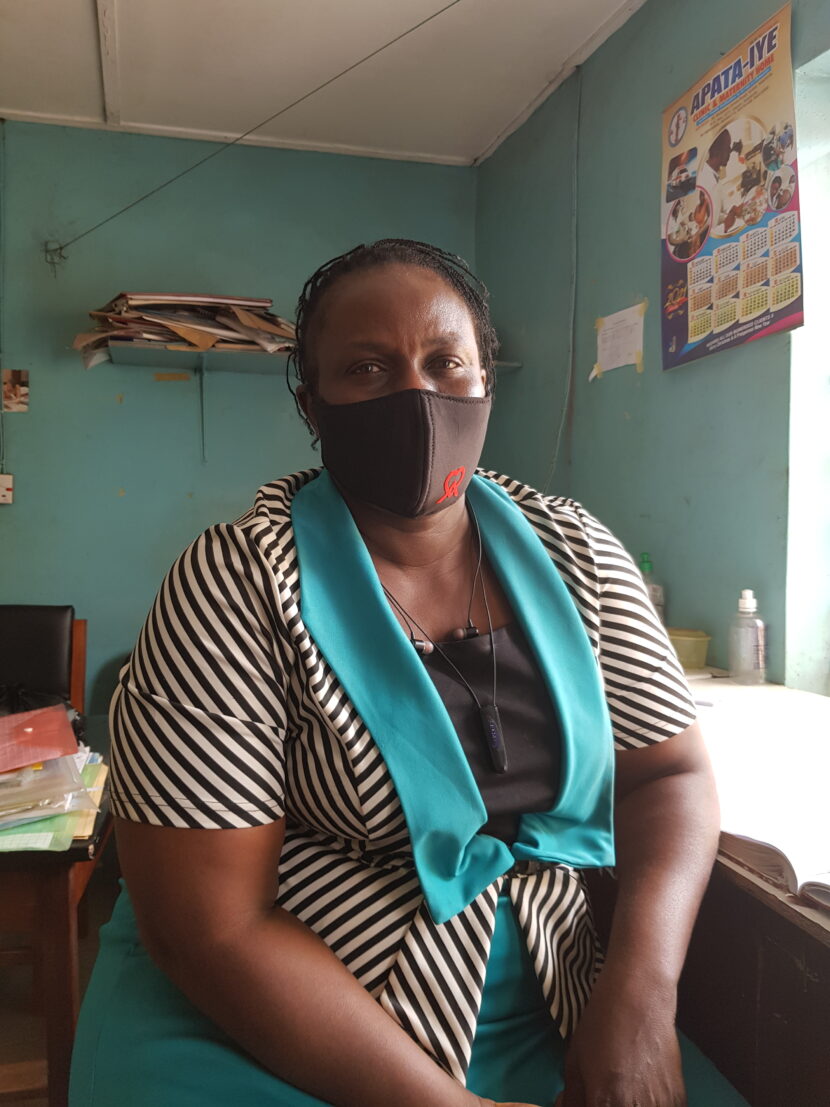 Buruli ulcer is a disease of the skin caused by a type of bacteria called mycobacterium ulcerans.  This is in the same family of bacteria that causes Leprosy and Tuberculosis. If not treated on time, the disease can cause serious disability including limitation of movement. This disease can be found in many parts of Nigeria especially places where you have rivers and swamps, and commonly affects children under fifteen years.

Mrs. Adebola Iseoluwa-Adelokaka is a registered nurse with the Ogun State Hospital management board. She’s the State Focal Person for Ogun Leprosy and Buruli Ulcer control program and shares her findings on our work there:

‘In my work here in Ogun state, on average in a single year, we can find up to 22 cases, basically from two Local Government areas; Yewa North and Yewa South. These two contribute about 90% of the total BU cases in Ogun State. We are making efforts in other local government areas but they are not yielding as much as these two LGAs. In 2009, WHO started the support for these cases but after the expiration of commodities and drugs, the State program officer reached out to DAHW Nigeria to come to the aid of Ogun State as so many people had had their hopes raised and told that help was coming.

‘DAHW Nigeria started gradual intervention in December 2013, the full integration started in 2015. The people in these communities still have the belief that Buruli Ulcer is witchcraft or an attack from the enemy. Naturally this affects our ability to find cases and initiate treatment because you need to convince them that treatment is needed. What we do is ask them to keep some of their beliefs but to allow us treat them. Town announcers help us with sensitization. In each community where this disease is known to occur, we have one Town Announcer who lives in that community. This helps because he knows the people and they know and trust him. The communication allowance for case finding supported by DAHW Nigeria has also greatly helped.

I think more should be done so that we find cases earlier enough, especially as we are now teaching them that because the name in our local language says ‘a chronic ulcer’, they shouldn’t take that literally. So, the symptoms of a nodule ( painless boil) and plaque that are the clinical forms, are now being taught to them. So, in community sensitization, we are advocating for the engagement of more community volunteers or this town announcer. We also engage traditional rulers, spiritualists, native doctors, tradomedical centers and healers as a result of the deeply held belief that this is witchcraft. These links to the community also help us pass to the people the information that when surgery is needed, DAHW is able to cover the costs of it.

I derive my passion from caring for those affected by buruli ulcer because at below 15, they are the leaders of tomorrow’.